Gilsonite
BITUMEXPORT: Additives and materials for asphalt and waterproofing 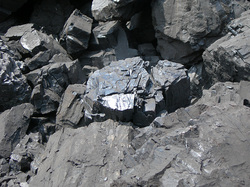 What Is Gilsonite: Gilsonite is mined in underground shafts and resembles shiny, black substance similar in appearance as the mineral Obsidian It is brittle and usually micronized into dark brown powder. It is mainly composed of asphaltenes; thus, Gilsonite Is classified as a Natural Asphalt and also known as uintaite or uintahite. Discovered in the 1860s, it was first marketed as a lacquer, electrical insulator, and waterproofing compound. This unique mineral is used in more than 160 products, primarily in dark-colored printing inks and paints, oil well drilling muds and cements, asphalt modifiers, foundry sand additives, and a wide variety of chemical products.

What are Asphaltenes: Asphaltenes are molecular substances that are found in crude oil, along with resins, aromatic hydrocarbons, and alkanes (i.e., saturated hydrocarbons). The word "asphaltene" was coined by Boussingault in 1837 when he noticed that the distillation residue of some bitumen had asphalt like properties. Asphaltenes in the form of distillation products from oil refineries are used as "tar-mats" on roads. Asphaltenes consist primarily of carbon, hydrogen, nitrogen, oxygen, and sulfur, as well as trace amounts of vanadium and nickel. The C:H ratio is approximately 1:1.2, depending on the asphaltene source. Asphaltenes are defined operationally as the n-heptane (C7H16)-insoluble, toluene (C6H5CH3)- soluble component of a carbonaceous material such as crude oil, bitumen or coal. Asphaltenes have been shown to have a distribution of molecular masses in the range of 400 u to 1500 u with a maximum around 750 u. 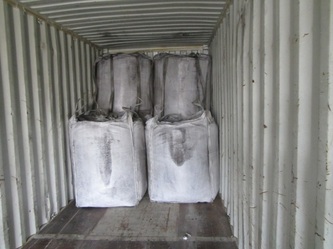 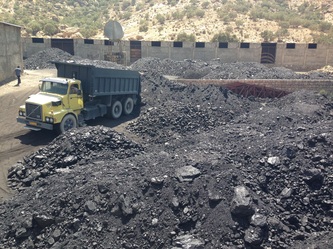 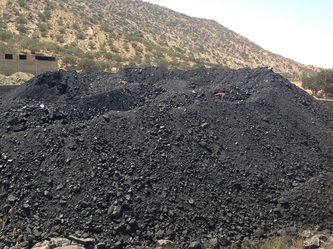 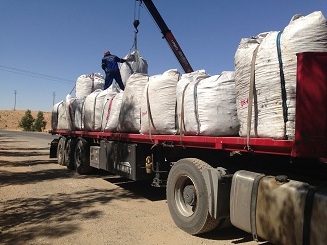 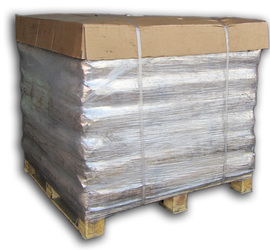 Create your own unique website with customizable templates.
Gilsonite